New South Wales (abbreviated as NSW) is a state on the east coast of Australia. It borders Queensland to the north, Victoria to the south, South Australia to the west, the Tasman Sea to the east and surrounds the whole of the Australian Capital Territory. New South Wales' capital city is Sydney, which is also the nation's most populous city. In March 2014, the estimated population of New South Wales was 7.5 million, making it Australia's most populous state. Just under two-thirds of the state's population, 4.67 million, live in the Greater Sydney area. 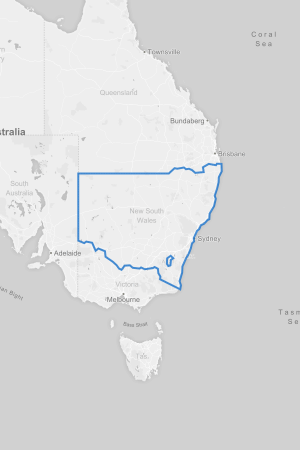