The Australian Capital Territory (ACT) (formerly, "The Territory for the Seat of Government" and, later, the "Federal Capital Territory") is a territory in the south east of Australia, enclaved within New South Wales. It is the smaller of the two self-governing internal territories in Australia. The only city and by far the most populous community is Canberra, the capital city of Australia. 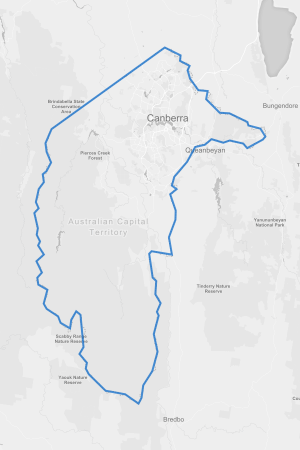