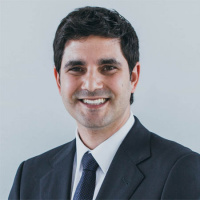 Trenton Barrett is a urologist with subspecialty interest in female urology, andrology and male infertility. In 2012 he was the second West Australian trainee ever to be awarded the prestigious Keith Kirkland travelling fellowship by the Urological Society of Australia and New Zealand. Trenton completed a fellowship in Adelaide followed by a further subspecialty fellowship in female urology and andrology in the UK through the Leicester General Hospital. Dr Barrett has completed an observership with the female reconstructive unit at University College Hospital London and undergone training in male infertility microsurgery at Cornell in New York City.

In addition to private practice at Hollywood and SJOG Murdoch, Trenton has a public appointment in General and Spinal Urology at Fiona Stanley Hospital and the King Edward Memorial Hospital for Women. He is active in teaching urology trainees as well as those from other specialties.

Outside of work, Trenton is busy with his young family and growing his record and CD collection.