Western Australia (abbreviated as WA) is a state occupying the entire western third of Australia. It is bounded by the Indian Ocean to the north and west, the Great Australian Bight and Southern Ocean to the south, the Northern Territory to the north-east and South Australia to the south-east. Western Australia is Australia's largest state with a total land area of 2,529,875 square kilometres (976,790 sq mi), and the second-largest country subdivision in the world – however, a significant part of it is sparsely populated. Western Australia's capital city is Perth. The state has about 2.6 million inhabitants, around 11% of the national total. 92% of the population lives in the south-west corner of the state. 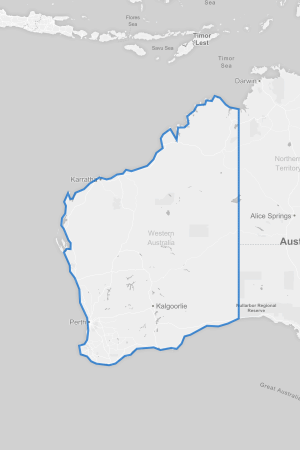