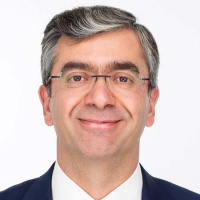 Dr Saud Hamza is a breast and general surgeon who works at the St John of God Mandurah Consulting Suites at 117 Anstruther Road Mandurah.

He is also a senior clinical lecturer at the University of Western Australia and a consultant Breast / General Surgeon at Fiona Stanley and Fremantle Hospitals.

After completion of his primary medical degree in 1991, Dr Hamza completed a Board in General surgery in 2000 and the Membership of the Royal College of Surgeons of Ireland (MRCSI) in 2002.

Dr Hamza won the American Society of Clinical Oncology (ASCO) grant for a funded training at the European Institute of Oncology in Milan – Italy after which he was granted the International Transfer of Cancer Research and Clinical Technology (UICC ICRETT) fellowship.

He advanced his subspecialty training in breast / endocrine and general surgery at Sir Charles Gairdner hospital in 2008 and Fremantle Hospital in 2009 – both in Perth and the Mater Adult hospital in Brisbane in 2010, after which Dr Hamza was granted the Fellowship of the Royal Australasian College of Surgeons (FRACS) in 2010.