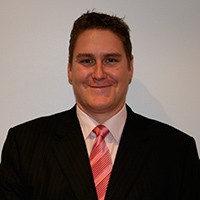 Dr Sam Baker was born in Rockhampton and educated in Biloela, Toowoomba and Brisbane. Dr Baker graduated from Medicine (MBBS) at the University of Queensland in 1993. After an intern and house officer year in Townsville and Bowen he completed his basic and advanced surgical training at Westmead Hospital in Sydney and the Royal Brisbane Hospital. Advanced laparoscopic training was obtained from Dr George Fielding, Dr Les Nathanson and Dr Nick O'Rourke whilst at the Royal Brisbane Hospital. He was awarded Fellowship of the Royal Australasian College of Surgeons in 2000.

Dr Baker has been in Townsville since 2003 practising a diverse range of general surgery including his special interests of upper gastrointestinal, bariatric and advanced laparoscopic surgery including adrenalectomy,splenectomy, pancreatectomy, colorectal and hernia surgery. He works in both the private and public hospitals. He provides outreach surgical services to Ingham.

Dr Baker is a member of General Surgeons Australia, Obesity Surgery Society of Australia and New Zealand, Australasian Trauma Society and the Australian Medical Association. He has been the North Queensland AMA representative from 2006-2011 and is currently General Surgery Councillor and Deputy Treasurer of the Royal Australasian College of Surgeons. He is and has been on many committees involved in patient safety and clinical governance both in the public and private sectors.

Dr Baker lives with his partner Megan and twin girls. Outside of medicine his interests include travel, photography, cricket, rugby union, cycling and motorsport.