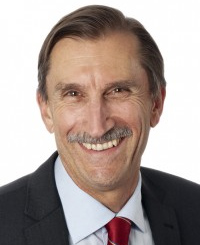 After completing his original medical and surgical training in Adelaide in 1980, Associate Professor Cundy undertook a Paediatric Orthopaedic Fellowship at Massachusetts General Hospital (Harvard Medical School, USA). He returned to Adelaide, in 1989, and joined the Women’s and Children’s Hospital as a Senior Visiting Medical Officer in Orthopaedic Surgery and has since held many senior positions including President of the Australian Paediatric Orthopaedic Society and Chairman of Orthopaedics SA.

In addition to his practice, Associate Professor Cundy has developed broad experience supporting surgery, developing standards of excellence, and sharing and promoting research in his field of speciality. He was an Examiner in Orthopaedic Surgery for the Royal Australasian College of Surgeons (2003-2012) and is on the editorial boards of several, major peer-reviewed paediatric orthopaedic journals in Europe and the United States. He is also a board member of MIGA, a leading medical defence insurer in Australia.