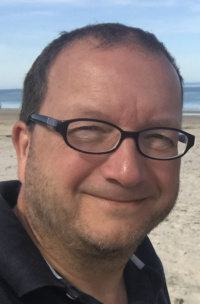 Mike gained his medical degree from the University of Southampton in the UK in 1991. He undertook his junior hospital training at Raigmore Hospital in Inverness before embarking on general practice training in Aviemore. He was awarded MRCGP (UK) in 1995 on completion of his training. He then moved to Albury in NSW Australia for a couple of years working in the Emergency Department of the base hospital there. He returned to Aviemore in 1997 to take up a partnership at the Aviemore Medical Practice.

In addition to his full-time GP work, Mike was a volunteer doctor for the local Cairngorm Mountain Ski Patrol. During his time on the slopes, Mike was involved in epidemiological research into the causes of snow sports injuries. He published several articles in peer-reviewed journals as well as several book chapters on the subject. He was President of the International Society for Skiing Safety for several years and a member of the organising committee for their 2007 conference in Aviemore.

His interest in pre-hospital care lead to instructorships for BASICS Scotland in prehospital care and major incident management. He was instrumental in setting up the GP prehospital responder scheme in the NHS Highland area. He was a regular attender at road accidents on the A9 and A95 working with local emergency crews to facilitate casualty care. On the basis of this work, Mike was elected to Fellowship of the Royal College of General Practitioners (FRCGP) in November 2012.

In 2013, he fulfilled a long held dream by working for the Royal Flying Doctor Service in Broken Hill, NSW. After an initial one year sabbatical he and his family decided to stay with the RFDS and he resigned from the Aviemore Medical Practice. He remained with the RFDS until December 2016 and developed an interest in point of care ultrasound.

Since 2017 he has been one of three full time medical officers serving the remote aboriginal clinics of the APY Lands in far north west South Australia operated by Nganampa Health Council. Based in Adelaide, he travels to the Lands for regular work stints in Amata, Nyapari and Pipalyatjara communities. He and his family gained joint Australian citizenship in 2018.