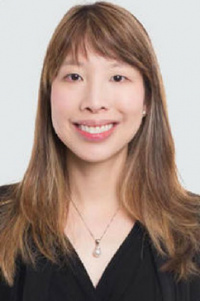 Melanie obtained her medical degree from the University of Western Australia. After graduating, she spent her early medical career at Sir Charles Gairdner Hospital before specialising as a radiation oncologist. Upon completing her specialist training, she worked as a fellow at GenesisCare and followed this with a research fellowship at the University of Western Australia before rejoining GenesisCare as a consultant.

Melanie practices in Wembley and at Fiona Stanley Hospital, and conducts a clinic in Albany. Her clinical and research interests include general radiation oncology, neuro-oncology, head and neck malignancy and breast cancer. She has published numerous papers and presented research at conferences.

Melanie was the recipient of the Hubert Stuerzl Neuro-Oncology award in 2010. This enabled her to undertake a preceptorship at Princess Margaret Hospital in Toronto, Canada. In 2013, she was awarded a Western Australia Cancer and Palliative Care Network Cancer Fellowship. With this grant, she carried out a research study at the University of Western Australia exploring cancer stem cells and new approaches in the treatment of brain tumours. Previously, she also studied patterns of care in neuro-oncology in Western Australia, resulting in publications in peer reviewed journals.

Melanie is a fellow of the Royal Australian and New Zealand College of Radiologists (RANZCR), and is a member of the Trans Tasman Radiation Oncology Group (TROG), the Cooperative Trials Group for Neuro-Oncology (COGNO) and the Society for Neuro-Oncology (SNO).

She is currently an investigator in several clinical trials.