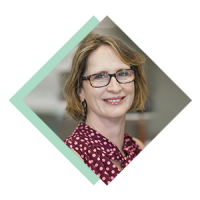 Dr Mary McDevitt has been in General Practice for over 10 years, originally from New Zealand graduated as a registered nurse ( Diploma general and comprehensive nursing Manukau polytechnic) and worked for 4yrs in Auckland and 8 months in London in private and public hosptials also home in home care nursing. Mary decided to study medicine in 1991 in Auckland University, then onto Otago University Dunedin NZ in 1992 and graduating in 1996 with MbChb.

Mary worked as a intern in Dunedin them moved to Australia in 1998. After working in Australia Mary went back to NZ for work as a emergency registrar and anaesthetics. Mary moved back to Australia in 2004 and worked in various locations from Ballina, Murwillumbah, Moranbah, Gurriny Yealamucca Aborginal community in Yarrabah and Dirranbandi to name a few.