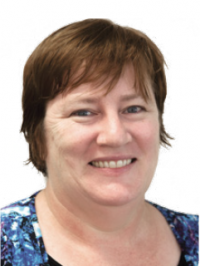 Margaret grew up on a farm in Western Australia and completed her primary medical degree at the University of Western Australia. She undertook her internship and residency at Sir Charles Gairdner Hospital and then went on to specialise in radiation oncology, training primarily at Sir Charles Gairdner and Royal Perth hospitals, with time out for the birth of her children. She also spent six months in the US at Allegheny Hospital in Pittsburgh and The Joint Centre for Radiation Oncology in Boston.

After completing her training, Margaret started working at Royal Perth Hospital (RPH). In 2000, she expanded her practice to include GenesisCare Wembley and St John of God Murdoch. She also consults with GenesisCare at Fiona Stanley Hospital.

Margaret is heavily involved in the training of new oncologists. She was director of training from 2003-2012 and has been the network director since 2012.

Involved in research, Margaret is active in recruiting patients to suitably available clinical trials. She has a special interest in breast cancer management and also treats lung, brain and skin cancers, as well as providing palliative radiation for all tumour types.