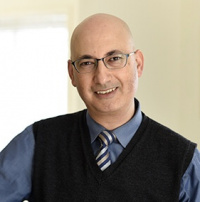 Dr Aziz specialises in the areas of carotid surgery, aortic surgery, angiography and endovascular surgery, vein surgery and diabetic foot pathology. Dr Aziz graduated from Alexandria University, Egypt in 1993. He completed his internship and travelled to New Zealand where he started his surgical career in general surgery gaining a FRACS in 2006.

He then completed a fellowship in vascular surgery gaining a FRACS in January 2010. During his training in Auckland and Adelaide he gained significant experience in open vascular and endovascular surgery. Dr Aziz is currently practising as a vascular surgeon at the Royal Brisbane and Women’s hospitals, and the Prince Charles Hospital in Brisbane.

In addition to his vascular surgical service, Dr Aziz is currently appointed as senior lecturer in surgery at the Medical School, University of Queensland.