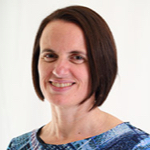 After graduation, she spent 2 years working at Sir Charles Gairdner Hospital, before commencing her obstetric career at King Edward Memorial Hospital in 1999. Two years of her training was spent in Sydney, at the Nepean Hospital in Penrith and the Orange Base Hospital. During the second year of her time in Sydney she worked with the Maternal Fetal Medicine Unit, and commenced her training in ultrasound at this time. She returned to King Edward Memorial Hospital in 2006 to complete her O&G training, being awarded Fellowship of the RANZCOG in July of that year. She achieved the Diploma of Diagnostic Ultrasound (DDU) in July 2007. She has worked in O&G ultrasound for over 10 years, offering both private and public services. She joined Park Ultrasound (now QDOS Ultrasound) in July 2017. She offers a full range of Obstetric ultrasound services, but her special interest is in Gynaecological Ultrasound, particularly fertility and endometriosis. She also offers contrast assessment of the uterine cavity (saline-infusion sonography) and Fallopian tubes (HyCoSy), having performed over 1000 of these procedures. Throughout her years working in O&G Ultrasound, Kristy has been heavily involved in teaching and training. She provided many years of regular teaching for radiology registrars and has run over 20 weekend training courses to assist GP’s working in rural and remote areas of the state to improve their own ultrasound skills. She has given presentations at conferences for a range of audience members on subjects including Ultrasound Assessment of Ovarian Masses, Imaging of Endometriosis and Caesarean Scar Ectopics and Complications. Kristy continues to work in the King Edward Memorial Hospital Ultrasound Department, and is available at QDOS Ultrasound on Mondays, Wednesdays and Fridays. She is happy to be contacted by referring doctors to discuss the specific needs of their patients, and welcomes feedback about the outcomes of patients in whose care she has been involved.