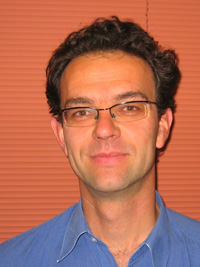 Following a fellowship at the Royal Prince Alfred Hospital in 1999, George was awarded a clinical fellowship at the University of Toronto. He spent 13 months in Toronto at a high volume academic centre focused on genito-urinary cancers. In addition to the clinical workload, multi-disciplinary meetings and clinical research; specific goals included exposure to improvements in external beam techniques, such as dose escalation, and in particular training in, being mentored and becoming competent in prostate brachytherapy.

In Dec 2000 he commenced as Staff Specialist in Radiation Oncology at the Royal Prince Alfred Hospital, (now Lifehouse). Specialisations included genito-urinary, and gastro-intestinal malignancies as well as melanoma and merkel cell carcinoma, the latter due to a close association with the melanoma unit. George Hruby was responsible for seeing prostate cancer patients at RPA, Concord and Dubbo, where he flew to an outreach clinic once a month. He has also established a close working relationship with the urologists in Noumea and has treated many New Caledonian men with prostate cancer over the years.

Clinical milestones have included the establishment of the High Dose Rate brachytherapy program at Royal Prince Alfred Hospital with over 300 implants performed since inception in 2002. This is a multi-disciplinary collaboration involving urology, radiation oncology, medical physics and anaesthetics. Other skills acquired via the brachytherapy program include performing trans-perineal biopsies, inserting fiducial markers trans-perineally and inserting hydrogel spacer. Whilst at RPA, George was instrumental in leading the introduction of more sophisticated techniques for the treatment of prostate cancer such as image guided radiation treatment (IGRT) in 2007, IMRT (intensity modulated radiation treatment) for anal cancer in 2009, and for prostate cancer in 2010. In 2014 the first prostate cancer patients were treated with SABR (stereotactic ablative body radiotherapy) for oligo-metastatic disease.

A/Prof Hruby has always been heavily involved in clinical audit and research so that doctors and their patients may better understand the implications of their treatment. George has been heavily involved and recruited many patients to local, national and international trials and is an active participant in TROG and ANZUP. With respect to ongoing clinical trials in prostate cancer, he has recruited to both RAVES and ENZARD, and is a major recruiter to the latter.

He has mentored and taught radiation oncology registrars as well as medical students via the University of Sydney medical school. He is an advocate of radiation oncology, and is often called upon to speak at conferences, prostate cancer forums or to teach colleagues. George has presented at many scientific meetings and has co-authored over 75 peer reviewed publications.