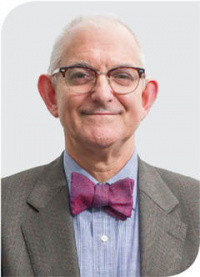 David trained at Royal Melbourne Hospital and Peter MacCallum Cancer Centre before moving to the Calvary Mater Hospital in Newcastle, NSW. Here, together with several dedicated colleagues, he formed the Trans Tasman Radiation Oncology Group across Australia and New Zealand, and the Australasian Brachytherapy Group. He moved to Geelong, to set up the city’s first radiation oncology service, and then to Perth as the director of radiation oncology at Sir Charles Gairdner Hospital.

David’s philosophy is to translate the results of research into clinical practice and to practice evidence based medicine. Recognised internationally for his services to oncology and his dedication to research and teaching, he has over 500 publications to his name and has been a principal investigator and collaborator on numerous leading international clinical trials.

In Australia, together with Professor Keith Kaye, he was instrumental in developing the first prostate seed brachytherapy program. After pioneering the technique in Australia, he provided training to all Australian and New Zealand centres.

His work as the international co-chair on the TARGIT trial, which evaluated the use of intraoperative radiotherapy in early breast cancer in women over the age of 50, lead to two publications in the Lancet and changed the management of patients with this disease.

He was the Australian chair and principal investigator for the RADAR trial. In association with Professor Jim Denham and the TROG group, the study determined the use of hormonal therapy and radiotherapy techniques in prostate cancer and demonstrated that hormonal therapy plus radiation therapy reduces the risk of death by half.

David sits on numerous scientific committees and boards. He is a member of the Trans Tasman Radiation Oncology Group (TROG), the Australia New Zealand Breast Cancer Trials Group (ANZBCTG), the Australasian Gastro-Intestinal Trials Group (AGITG), the European Society for Radiotherapy and Oncology (ESTRO), the American Society of Clinical Oncology (ASCO), the American Society for Radiation Oncology (ASTRO), the Cooperative Trials Group for Neuro-Oncology (COGNO) and the European Organisation for Research and Treatment of Cancer (EORTC).

His main areas of interest are clinical cancer and translational research across breast, prostate, colorectal, thoracic and neurological tumours.