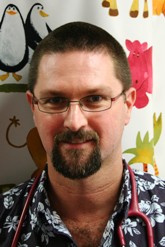 Prof David Coman is the Medical Director of Paediatrics at The Wesley Hospital. David graduated from the University of Queensland in 1995. He gained wide exposure to General Paediatrics, Neonatology, Clinical Genetics and Metabolic Medicine through training positions in Brisbane, Rockhampton, Melbourne, the United Kingdom and Ireland.

Under the supervision of the Royal Australasian College of Physicians, David completed his General Paediatric Training in 2005 and sub-specialty training in 2006.

David has an active interest in research and was awarded a Masters of Philosophy from the University of Queensland in 2007. David is currently involved in multiple research projects aimed at novel disease discovery, improved diagnostic testing and treatments for children with Inherited Genetic Disorders.

David is actively involved in the teaching of medical students and paediatric trainees. He currently holds academic appointments at The University of Queensland, Griffith University and Bond University.