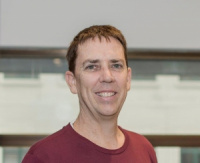 Dr Brendan O’Sullivan graduated from The University of Queensland in 1991 with a Bachelor of Medicine and Bachelor of Surgery. He was Resident at Royal Brisbane Hospital from 1992-1994 rotating through terms in Emergency Medicine, General Medicine, General Surgery, Orthopaedics, Vascular Surgery, Obstetrics and Gynaecology, Ophthalmology, Psychiatry,Cardiology, Respiratory Medicine, Paediatrics, Plastic Surgery and Burns.

He also completed 6 months training as a Senior House Officer in Ear Nose and Throat at Lewisham Hospital in London in 1995.

He completed his General Pracitice training in 1998 [FRACGP 1998] and has worked in General Practice ever since. During this time he also worked part time between 2006-2009 as a Travel Doctor and was awarded a Certificate in Travel Health [CTH] in 2007. He has also done locums in Cairns, Darwin, Perth and Adelaide.