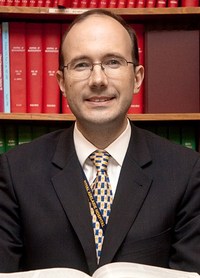 Dr Andrew Zacest was appointed Consultant Neurosurgeon at the Royal Adelaide Hospital in August 2008 and Clinical Associate Professor of the University of Adelaide in 2010. Having schooled in Adelaide at St Ignatius College, he received his medical degree from the University of Adelaide. He went on to train in Neurosurgery at the Royal Adelaide, Royal Prince Alfred and Westmead Hospitals and was awarded the Fellowship in Neurosurgery in 2007. As part of his training he completed a Masters of Surgery thesis entitled “Substance P in Traumatic Brain Injury” under the supervision of Professor Bob Vink and was one of the first neurosurgical trainees in Australia to be awarded a Pain Fellowship by examination though the Australian and New Zealand College of Anaesthetists. His post fellowship training was with Professor Kim Burchiel in Portland, Oregon, USA specializing in stereotactic and functional neurosurgery. He is a recipient of the John Lowenthal Surgical Research Prize, a CONROD RACS and the Stuart Morson Neurosurgical Scholarships. His neurosurgical interests include all applications of functional neurosurgery including neurosurgery for pain, deep brain stimulation, radiosurgery, epilepsy, brain tumours and general neurosurgery.