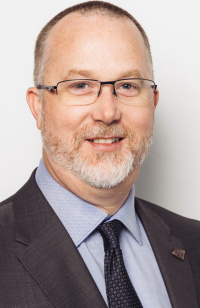 Dr Davidson completed his medical degree at the University of Queensland in 1994, and served as a Medical Officer in the Royal Australian Navy until 2002. He then undertook Neurosurgical training, and was admitted as a Fellow of the Royal Australasian College of Surgeons in 2008.

Clinical expertise Dr Davidson’s neurosurgical interests include the multidisciplinary management of brain tumours, pituitary and skull base surgery (including minimally invasive and endoscopic surgery), and cerebrovascular surgery. He has been the Neuro-Oncology Tumour Program Lead, and Chair of the Macquarie University Multi-Disciplinary Team (MDT) since its inception in 2012.

In particular, Dr Davidson treats all benign and malignant tumours of the nervous system, including brain, skull, spine, and peripheral nerve tumours. He works in collaboration with a team of surgical specialists, such as ENT/rhinology, neuro-ophthalmology, orthopaedic, maxillo-facial, and plastic and reconstructive surgeons. As chair of the brain tumour MDT, he works closely with other medical specialists, including radiation and medical oncologists, neuropathologists, neuroradiologists, and endocrinologists.

Research interests Dr Davidson was awarded a Master of Surgery from University of Sydney in 2006 for his work on dural arteriovenous malformations. He also completed doctoral research at Macquarie University, and was awarded his PhD in 2014. His laboratory research focused on improving safety and efficacy in the management of brain AVMs.

More recently, he has been involved in several clinical research projects relating to improving the management of brain tumours. This work has arisen through collaboration with researchers from Macquarie University’s clinical psychology department, and the physics department. Future projects will involve researchers from the neuropsychology, radiology, neuro-ophthalmology, and physiotherapy departments.

Dr Davidson has also been involved in collecting tumour samples for further laboratory research into pathophysiology, diagnosis, and treatment of brain tumours. At present, this involves providing samples to a pituitary tumour biobank, with plans to extend to collecting tissue specimens from all brain tumour types in 2015/2016.

He has authored more than 20 publications and presented at more than 30 national and international meetings on topics ranging from brain tumours, brain aneurysms and arteriovenous malformations, evidence-based practice and medical education. Dr Davidson has also been on the faculty for meetings of the World Congress of Neurological Surgery, European Skull Base Society, and Neurorhinology workshops.