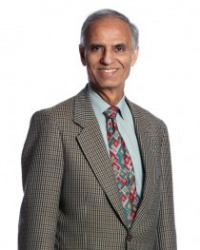 Dr Amrit Hingorani is a GP Anaesthetist and has been working in this area, in Sydney, since 1993.

Dr Hingorani is a fellow of the Royal Australian College of General Practice and has a Diploma in Anaesthetics from UK (1980). He is an associate member of the Australian Anaesthetic Society and participates in regular CME programs. A graduate of Delhi University, India (1969), Dr Amrit Hingorani received commission in Indian Army Medical Corps for five years, where he saw active service at the frontline in the 1971 Indo- Pak war. He moved to UK in 1976.

In UK Dr Amrit Hingorani initially worked full time as a Senior RMO in Anaesthetics at Shrewsbury Hospitals and North Manchester General group of hospitals for two years before moving to General practice in 1978. He did one of the very first GP specialist training programmes in UK. He came to Australia in 1983. After working at Liverpool Hospital Accident & Emergency for six months, he bought a Solo General Practice in 1984 and stayed there till 2005.

Dr Hingorani is a procedural GP and has extensive experience in General Practice. He has a postgraduate diploma (UK) in Obstetrics and Gynaecology, certificate in Medical hypnosis and HealthCert certificates from University of Queensland in Skin cancer Surgery and Medicine. Dr Hingorani has been a trainer of GP registrars with the College of General Practice in the past and continues to maintain an interest in the teaching. He has a long history of working in the hospital system and maintains his emergency and acute care skills.