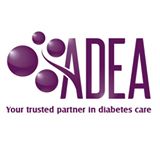 ADEA is a Company Limited by Guarantee and is a registered charity with Deductible Gift Recipient (DGR) status with the Australian Taxation Office. ADEA introduced the certification trademark of the Credentialled Diabetes Educator® (CDE) in 1986. At this time, it also implemented a professional recognition and development program to support diabetes educators working towards achieving and maintaining status as a CDE.

ADEA is governed by a Board of Directors who are accountable to the members. ADEA is incorporated under the Commonwealth Corporations Act 2001 and regulated by the Australian Investment and Securities Commission (ASIC). Since 2013 some not for profit organisations are also accountable under the ACNC Act 2012, which is regulated by the Australian Charities and Not for profit Commission (ACNC). Combined these pieces of legislation provide the framework in which the organisation must operate.

ADEA has a Constitution, which establishes the rules which govern the relationship between the members, management and the board. All parties must abide by the rules within the Constitution.

The ADEA Board Charter is a written policy document that clearly defines the roles, responsibilities and authorities of the board of directors individually and collectively. The board reviews and updates this charter annually.