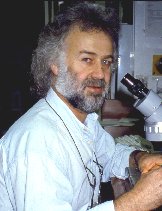 Professor Richard C. Russell has worked as a Medical Entomologist, in public health and tropical health, for more than 25 years, and has a broad experience with insects and other arthropods of medical importance. His specialties are mosquito biology, mosquito-borne disease (particularly arboviruses) and mosquito control.

He has worked as a consultant in mosquito-borne disease and mosquito control in all states of Australia and in 12 countries in Asia, the Pacific and South America - principally for the World Health Organization. He has provided instruction on the principles and practice of mosquito population management and vector-borne disease control, to personnel associated with mosquito pest and vector control programs for international authorities in many countries, and for federal and state government and local authorities in all states and territories of Australia. He has been responsible for the New South Wales state-wide arbovirus/vector surveillance program since its inception in 1984.