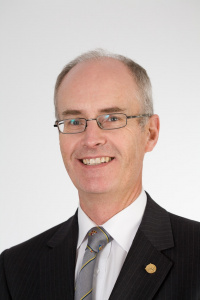 Professor Julian Smith is the Head of the Department of Cardiothoracic Surgery at Monash Health, Head of Monash University’s Department of Surgery (Monash Medical Centre) and Deputy Head of the Southern Clinical School. He graduated in medicine from the University of Melbourne in 1981. His early post-graduate years were spent at the Royal Melbourne Hospital from where he obtained a Master of Surgery degree from the University of Melbourne and the Fellowship of the Royal Australasian College of Surgeons in General Surgery. His Australian training in cardiothoracic surgery was carried out at the Royal Melbourne, Alfred and Royal Children's Hospitals. After obtaining the FRACS in Cardiothoracic Surgery, he spent time at Stanford University in the USA and then Papworth Hospital in the UK for further training particularly in the field of transplantation. In early 1995, he returned to the Alfred Hospital as a cardiothoracic surgeon and Deputy Head of the Heart and Lung Transplant Service, positions he held until September 2001.