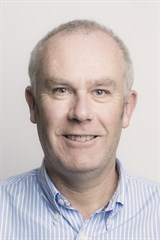 Bill graduated from Monash University in 1981.  After gaining experience at Western General Hospital in Footscray, he spent another year bayside at Sandringham and Frankston Hospitals. He completed his Post Graduate Obstetric Diploma in 1984 before joining Bluff Road in 1988. This led to his 20 year involvement with Obstetrics in the Bayside area (Mordialloc, Moorabbin, and Sandringham Hospitals) with his retirement from full obstetric care in 2007. Bill remains actively involved with antenatal shared care through Sandringham Hospital.  He also does Mirena insertions and removals. Bill’s interests outside of medicine include golf,  gardening and walking his two dogs.  He spent his childhood watching the Hawks at Glenferrie oval, and remains a devoted fan.