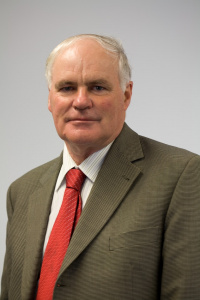 Professor Richard (Rick) Harper is the Emeritus Director of Cardiology, Monash Medical Centre and Adjunct Professor of Medicine, Monash University. He also holds a consultative appointment with the Department of Health, Victorian Government.

After graduating with honours from Melbourne University, Rick undertook his basic physician and advanced cardiology training at the Royal Melbourne Hospital, followed by appointments as a cardiac fellow firstly at Sahlgrens Hospital, Gothenberg, Sweden and then at the Massachusetts General Hospital in Boston, USA. Returning to Melbourne, he worked as a specialist cardiologist for ten years at the Alfred Hospital, before being appointed as the Director of Cardiology at the Queen Victoria Hospital. On the establishment of Monash Medical Centre, Clayton in 1986 Rick became the Director of Cardiology, a position he held for 20 years.

Rick has been a visiting lecturer at Harvard University, faculty lecturer with the American College of Cardiology and senior lecturer, Associate Professor and Professor of Medicine, Monash University. Rick has had membership in many professional societies including the Cardiac Society of Australia and New Zealand (CSANZ) and the National Heart Foundation of Australia. He has been a past chairman of the Victorian Division of the CSANZ and has served on the Federal Council of the CSANZ. He has also been Chairman of the Professional and Ethical Standards Committee of the CSANZ. He is currently a member of the Specialist Training Committee in Cardiology. This is a sub-committee of the Royal Australasian College of Physicians which is responsible for the training of cardiologists in Australia. He has lectured widely, extensively taught both undergraduate and postgraduate students and supervised five PhD students. He has published book chapters, editorials and over 105 refereed publications.