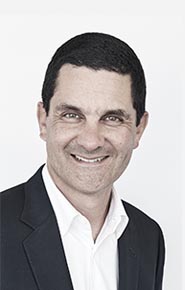 Dr Richard Bloom is a leading Specialist Plastic Surgeon who is a fully qualified Fellow of The Australasian College of Surgeons. Richard spent over 20 years working in Melbourne public hospitals, and has been in private cosmetic surgery practice in Melbourne since 2003. Richard now focuses his surgical skills on cosmetic surgery of the breast, body and face. A graduate of Melbourne’s Scotch College, Richard studied medicine at Monash University, he then trained in Plastic Surgery at some of Australia’s major Plastic Surgery Centres. He is a member of the Australian Society of Plastic surgery, the only plastic surgery society affiliated and recognized by the Royal Australasian College of Surgeons. After completing his Medical degree, Richard spent a further 10 years training to become a plastic surgeon. This included an overseas fellowship in the USA focusing on cosmetic surgery. Richard is a founding member of ARC Plastic surgery, now one of the largest and busiest plastic surgery practices in Australia. Despite his busy schedule, Richard has always played a significant role in training a new generation of Plastic Surgeons. He was a supervisor of training at the Northern Hospital, before being elected as the Victorian Chair of Training, a role he held for four years and finally spent four years as the Australasian Chairman of training for Australia and New Zealand. This was a major role in Australian plastic surgery, and Richard was one of the youngest Plastic Surgeons to have ever been asked to take that role.

Richard has also served on Council for the Australian Society of Plastic Surgery, initially as a younger member, but then served council for four years as a fully elected member. Richard believes strongly in a woman’s right to be part of her breast augmentation approach. Whilst some surgeons may dictate the type of surgery that is best for you, Richard’s approach is to listen to your needs and with you and tailor your operation to best achieve your desired outcome. Richard is vastly experienced in all types of breast augmentation operations, having performed over 4000 cosmetic breast surgery procedures. He will help you choose the approach which will best achieve your aesthetic goals. In Richard’s practice, your consultation will be personally with him. He will take a detailed history of your medical details as well as listen to what you are trying to achieve with your breast surgery. Richard uses your own photos to demonstrate to you how the operation will be performed, and which approach will be best for YOU. Finally, he uses 3D imaging to help you choose which size and style of implant will give you the outcome you want. For your convenience all of the images Richard uses in his consultation will be made available immediately for you to view once you get home via a secure web portal, a technology Richard pioneered in Australia. Should you require further information, Richard is always happy to schedule another appointment to make sure you are comfortable with the decisions you have made together. An active member of the Australian Society of Plastic Surgeons (ASPS), Richard was recently included in the RealSelf Annual Top 500 list for 2015 with only a handful of Australian Plastic Surgeons recognised for providing invaluable insight and expertise to those looking to make informed, confident choices. In his free time, Richard enjoys cycling, travelling, and spending time with his wife, Lisa Freeman, a Cosmetic Physician at Re. PlasticSurgery, and their three children.