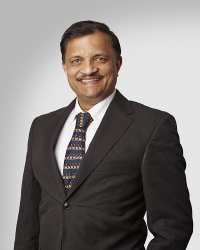 From 2000 to 2009 Prashant was a cardiothoracic surgeon at the Sarawak General Hospital, Malaysia, going on to undertake the role of Adjunct Professor of Surgery and Acting Head of the Department of Cardiothoracic Surgery, Sarawak General Hospital and University Malaysia Sarawak, Malaysia. Prashant joined the Department of Cardiothoracic Surgery at Monash Medical Centre in December 2009, securing a full time consultant position with the Monash team in 2013 .

Prashant has been successful in securing a number of research grants and has been principle investigator for a four cardiac surgery trials. He has made many scientific paper presentations internationally; in Asia, UK and Australia.