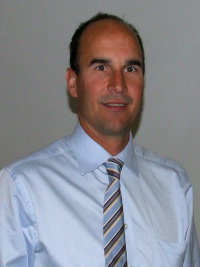 After graduating from Monash University in 2001, Matthew undertook physician training at the Alfred Hospital, before moving to the United Kingdom and completing his training at the Royal Brompton Hospital. Between 1998-2001 he conducted a study of virus mediated gene delivery while at Imperial College London under the supervision of Prof Marc Feldmann (a Walter and Eliza Hall Research graduate widely recognized as a world leader in Rheumatological translational research). For this work he received a Doctor of Medicine and a European Young Scientific Investigators award.

Since 2002, Matthew has combined clinical practice with an interest in translational lung cancer, interstitial lung disease and health services research. He has a particular interest in the translation of advances in basic science to clinical care. Matthew is a past President of the Victorian branch of the Thoracic Society of Australia and New Zealand, chair of the Western and Central Integrated Cancer Service Lung Committee and current member of the Scientific Advisory Committee for BioGRID.