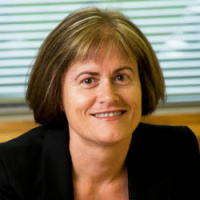 June initially trained as a Medical Oncologist and then furthered her studies to include Radiation Oncology, specialising in head and neck cancers.

June is a founding member and past president of the ANZ H&NC and IAOO societies, previous executive member of the TROG Cancer Research Group, previous Chair of the TROG ANROTAT NPC committee and the Department of Health’s Optimal Care Pathways for H&N cancer patients, and current member of the UICC TNM H&N committee.

She is also an Associate H&N Editor for the International Journal Radiation, Oncology, Biology, Physics (IJROBP), and is on the editorial boards of JCO, IJROBP, Head and Neck and Oral Oncology journals. In February 2017, June also accepted the role as Editor of the H&N section of the Red Journal.

June has a keen interest in clinical research with over 100 publications and several book chapters.