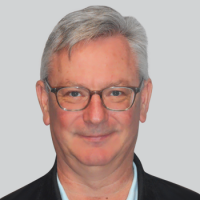 Dr Iain C Macmillan is a Consultant Psychiatrist with over 23 years’ experience.

Dr Macmillan trained in medicine at Cambridge University and Guy’s Hospital School, London and worked in general medicine before specialising in psychiatry and completing his training in the UK.

He has worked as a consultant in early intervention psychosis and youth mental health since 2003, and has a particular interest in the treatment of affective psychoses including bipolar disorder and depression with psychosis.

Dr Macmillan gained further experience working in Perth, Western Australia and in New South Wales where he was a Clinical Director for the Black Dog Institute, and in Victoria as the Medical Director for Orygen Youth Health, the National Centre of Excellence in Youth Mental Health.

More recently he was consultant to the Sunderland and Newcastle Early Intervention Services within Northumberland, Tyne and Wear NHS FT, the third largest NHS Mental Health Trust in the UK and Regional Early Intervention Clinical Lead for Psychiatry for NHS England (North) from 2015 to 2017.

Dr Macmillan is involved in numerous research projects investigating subjects such as MRI changes in bipolar disorders, psychosocial interventions in early psychosis and autoimmune causes of psychosis. He was lead for the NTW Academic Clinical Collaboration for Psychosis and an Honorary Clinical Senior Lecturer in the Institute of Neuroscience, Newcastle University.

Dr Macmillan returned to Victoria in 2017, and recently joined the team at South Eastern Private Hospital consulting two days per week. He is also Head of Youth Mental Health for Peninsula Health in Frankston.