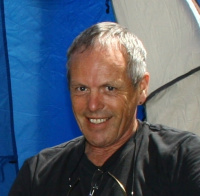 Dr Simpson moved to Cairns in 1993 and was the Director of the Department of Respiratory Medicine and Regional TB Control from 1995 to 2012.

Originally an immunologist, in recent years Dr Simpson’s main interests have been the management of pleural empyema. He worked on teams that conducted the original in vitro work on the effects of DNase on pus viscosity and the first clinical use of intra-pleural DNase and originated the current multi-centre trial of conservative management of pneumothorax and managing the current epidemic of multi-drug resistant tuberculosis in Far North Queensland and Torres Strait.