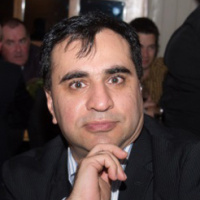 In 2003 he was selected to join the Basic Surgical Training Program that is run by the Royal Australasian College of Surgeons. This was followed by the Advanced Training Program in General Surgery at the Royal Brisbane Hospital. Mr Abbas was awarded fellowship in early 2011.

Mr Abbas was recognised by GESA for endoscopy (colonoscopy and gastroscopy) during 2011. He has worked in different states of Australia at a locum consultant level.

As a Junior Consultant (Fellow), Mr Abbas worked at the Geelong Hospital gaining further training in breast, thyroid, colorectal and bariatric surgery from leading surgeons in these fields.

His interest in cancer surgery, in particular oncoplastic, recently lead him to attend Paris for further training under Krishna Cluogh.