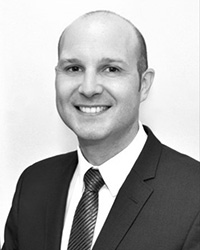 After obtaining his Fellowship in Otolaryngology, Head and Neck Surgery in February 2015, Dr McCormick has spent the last year working at the Princess Alexandra Hospital in Brisbane as a Fellow in the Head and Neck Oncology Unit. Here, as part of the Multidisciplinary Cancer Team, he has gained further experience with the management of advanced Head and Neck Cancers, including skin, salivary, thyroid and aerodigestive tract in origin. During that year, through general outpatients and oncall commitments at both Logan and PA hospital, he has also maintained and progressed his General and Paediatric skills obtained during Specialist training in Melbourne.

Dr McCormick grew up in Tasmania and studied Medicine through the University of Tasmania where he graduated with Honours in 2006. He worked for 2 years in Launceston before moving to Melbourne in 2009 to pursue a career in Surgery. He commenced specialist ENT training in 2010, and during the next 5 years, Dr McCormick rotated through the majority of the major Melbourne Hospitals gaining experience in Paediatrics, General and Specialist ENT through these placements.