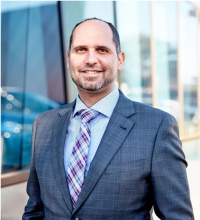 Mr Issac completed his MBBS at The University of Melbourne in 1999 and was awarded Fellowship of the Royal Australasian College of Surgeons (FRACS) in 2008. From 2008 to 2011, Michael undertook postfellowship training in New South Wales, Victoria and Queensland in the areas of breast, endocrine, head and neck, colorectal, advanced laparoscopic surgery and endoscopy.

Mr Issac has also worked as a consultant at several hospitals including Liverpool and Campbelltown Hospitals in New South Wales , St Vincent’s Public Hospital and Mr Issac's current public commitment is at the Northern Hospital. He is the head of the breast surgery unit.

Mr Michael Issac aims to provide a prompt surgical service to all patients, and is available for urgent enquiries and will see any patients of concern as soon as possible. To find out more, visit his website: www.misurgeon.com.au