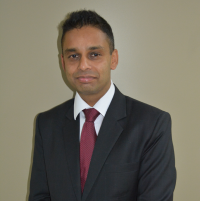 Christopher Allada did his primary schooling at Westall Primary School and completed his secondary school education at Haileybury College in Melbourne. He was the dux of Haileybury College in 1990. He was also awarded the Australian Student Prize recognising his academic achievment during his schooling. After completing his medical degree at the University of Melbourne in 1996, he commenced work as an intern at the Royal Melbourne Hospital. In 2001, he commenced cardiology training at St Vincents Hospital in Sydney and the three years of training included a year in the heart transplant and failure unit.

He first worked as a cardiologist in 2004 in Ballarat but soon realised that his passion was to perform coronary artery stenting. In 2006, he spent a year at Canberra Hospital as the interventional cardiology fellow and returned to Canberra in 2009 after being appointed as a staff specialist in interventional cardiology at Canberra Hospital. He also works at National Capital Private Hospital and is on its Medical Advisory Committee. Dr Allada loves teaching including medical education and served on the Specialist Training Committee in cardiology at the Royal Australasian College of Physicians from 2003 to 2015. From 2008 to 2015 he was the Coordinator of Advanced Training on this committee. He is also a lecturer at the Australian National University Medical School and assists in the training of both medical students as well as medical residents.

Dr Allada is married and has a daughter and a son. He is passionate about cricket and loves jogging, bike riding, table tennis and badminton. He also enjoys gardening. He follows what he preaches. At his heaviest he was 85kg but with discipline has reduced his weight to under 60kg.